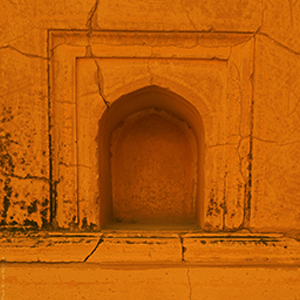 Completed in 1892, the Madhavendra Palace was commissioned by Maharaja Sawai Madho Singh, the founder of Jaipur. The palace is the most pristine element of the rambling Nahargarh Fort which dates from the first half of the 19th-century and features an impressive entry gate and an undulating and weathered wall that follows the geography of the hilltops. The Palace was built as a royal pleasure retreat with a series of nine identical apartments for each of the Maharaja’s queens.